The Early Dance Circle is hosting a special event commemorating the life of Ignatius Sancho on the 240th Anniversary of his death on Monday 14 December 2020. The video, which can be found on their YouTube channel or Facebook page from 12.15pm, features demonstrations of some of Sancho’s dances with discussion from Meryl Thomson of Green Ginger, Sally Petchey (see below) and Paul Cooper, a dance historian.

Our album, Dances for a Princess by Ignatius Sancho comprises 22 dances and accompanies a book of original dances and interpreted instructions by Sally-Anne Petchey. The book is priced at £18+p&p (contact Sally at little_lem@hotmail.co.uk for further details).

The album of 22 dances includes 7 Cotillons which are unusual in that some of them have a change of rhythm during the figure.

The album can be downloaded from our Bandcamp page at greenginger.bandcamp.com 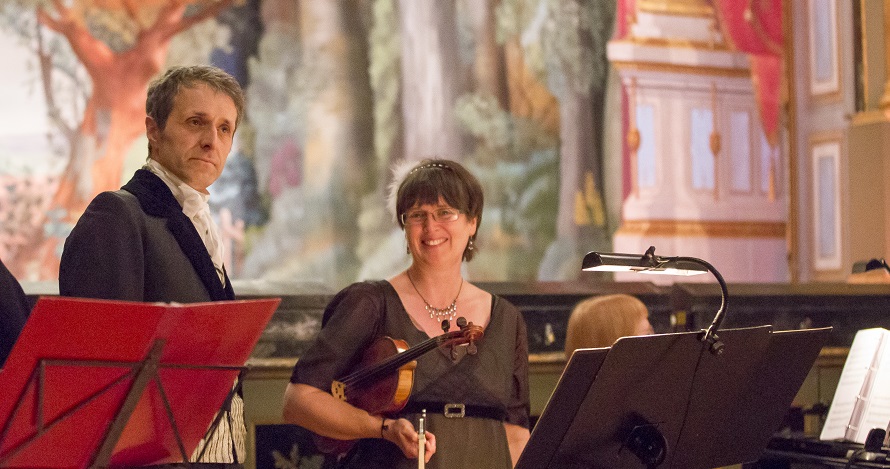 Our band Green Ginger has Ian and Meryl Thomson on fiddles and Cas Sloan on keyboard. We play music dating from 1600 to today and include a lot of original Scottish fiddle music in our repertoire. We have played for Scottish Country Dancing, Regency, Victorian, Edwardian, other Historical Dances and other functions.

We have now retired from playing for large events but are always happy to discuss research into historical dance music.